Blog
You are here: Home / Blog / Site News / EMRs and ePrescribing: More Than “Ready” for Pharma 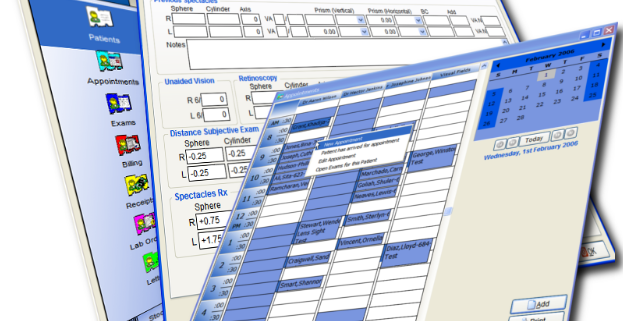 EMRs and ePrescribing: More Than “Ready” for Pharma
Feature Articles by Mark Heinold on June 16th, 2014

Few facets of medicine and healthcare have experienced the rapid growth witnessed in Electronic Medical/Health Records (EMRs/EHRs) and ePrescribing over the past five years. Yet we regularly hear pundits speaking about whether EMRs are “ready” for pharma, and whether physicians and other providers will allow pharma to “play” in this space.

We’re happy to see the topic gaining so much press, but admit to being baffled by the debate about whether EMRs are “ready” for pharma. The evidence clearly supports EMRs as both a well-established method for engaging prescribers and patients and a significant growth opportunity.

The editors at PM360 also hear the ongoing chatter about EMRs and asked me to expand my regular column to provide an update on the current state of the industry as it relates to pharma, and more specifically to the pharma marketer.

How Important Is Interoperability?

We suspect we’ll be hearing the debate about whether to say “EMR or EHR” long after this issue hits print, but industry consensus is that it’s a medical record if it works just within the confines of a single provider’s office. Conversely, the system becomes a health record when information can readily be shared and understood between providers (called “interoperability”) and from provider to patient.

So does it matter which system a prescriber is using? If you are a patient that wants to have your information travel easily from a primary care provider to a specialist and from the office to the hospital and back, this distinction certainly matters. But for pharma marketers seeking to engage the prescriber and patient at the point of care, the distinction between the two types of systems—and whether or not different systems can easily talk to each other—is of much less importance.

Practically speaking, the ability to deliver messages to either the provider or patient does not depend on the level of interoperability a system possesses. So while we are happy that the industry is moving toward an improved ability to share information across practice settings, because that improves patient care and the knowledge a provider has at their disposal, this is not a distinction that matters to the pharma brand leader seeking to engage patients and providers.

We support interoperability because it is good for patients, providers and the healthcare system as a whole, but we advise our clients not to be concerned with this when considering whether or not to be active in the channel. They are separate issues, and we assure you that pharma can be very engaged with patients and providers long before EMR systems can engage each other.

eRx Reach And Growth in Scale

The 2013 edition of the National Progress Report and Safe-Rx Rankings, published by Surescripts, the nation’s largest network for ePrescribing, came to press just as we finished this article (Figure 1). We were happy to see that our past predictions of continued growth and scale were well supported by this most recent data. According to Surescripts: