TRxADE Health Inc. has drawn together a management team rich in experience, knowledge, and relationships. Our managers and directors have experience and knowledge in every aspect of TRxADE Health’s business. We pride ourselves in our expertise within the pharmaceutical supply chain and in our proactive approach in embracing the new era in our nation’s healthcare system. We have supplemented our own expertise with a deep base of advisers and contractors who are experts in related fields. 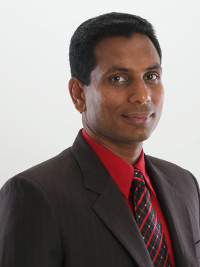 Mr. Suren Ajjarapu has been with TRXADE Group, Inc. as its founder, Chairman/CEO. Mr. Ajjarapu, is an entrepreneur with leadership experience, extensive executive management and corporate board experience. Mr. Ajjarapu is an accomplished corporate strategist, fund raiser and marketer. His vision and expertise in business performance have driven notable enterprise growth in the Biofuels and Information Technology sectors. Offering a rare blend of creative and operational strengths, Mr. Ajjarapu has demonstrated the capability to deal with cross-cultural, socio-economic, and geo-political boundaries as well as to expand or launch new businesses on a global basis with a keen sense of time to market. His strategic approach in developing and executing growth strategies, reducing cost basis, P&L oversight, maintaining business competitiveness, building world-class organizations, and increasing shareholders’ value is reflected in his work as Founder, President, and Director of (AMTX.OB) and as Founder, Chairman and Chief Executive Officer of International Biofuels. After graduating with a Master of Science in Environmental engineering from South Dakota State University, Brookings, South Dakota, he received his MBA at the University of South Florida, specializing in International Finance and Management. Mr. Ajjarapu is also a graduate of the Venture Capital and Private Equity program at Harvard University. Most recently he served on the board of directors of AE Biofuels, Inc, a public company. 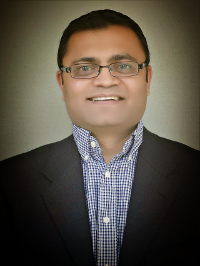 Mr. Prashant Patel is an entrepreneur and a registered Pharmacist with experience in multiple aspects of the pharmaceutical supply chain. He started several starts ups including Retail/Community Pharmacy before expanding into pharmaceuticals distribution and sales, focusing on pharmaceutical disposal and reverse distribution. He has also been a consultant to several return logistics pharmaceutical companies over the years. Mr Patel possesses an excellent vision to bring transparency, efficiency and cost benefits to US pharmaceutical channel partners. His unique understanding of the complex pharmaceutical industry has led to the creation of some of TRxADE’s most prized products and concepts. After graduating with a Bpharm from University of Nottingham/UK, Mr. Patel completed MSC in Transport, Trade & Finance from Cass Business School, City University, UK. 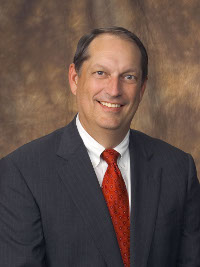 Howard A. Doss, 60 is founder and president of STARadio Corp., a company founded in 1985 that owns radio stations from Ohio to Montana. Prior to and during the time he has been with STARadio, Mr. Doss served in a variety of capacities with accounting and investment firms. He joined the staff of Seidman & Seidman (BDO Seidman, Dallas) in 1977, and in 1980 he joined the investment firm Van Kampen Investments, opening the firm’s southeast office in Tampa in 1982. He remained with the firm until 1996 when he joined Franklin Templeton to develop corporate retirement plan distribution. After working for the Principal Financial Group office in Tampa, Mr. Doss was City Executive for U.S. Trust in Sarasota, responsible for high net worth individuals. He retired from that position in 2009. As founder and President of STARadio Corp., Mr. Doss is responsible for the evaluation, negotiation and financing of acquisitions of radio properties and for reviewing financial reports. In the investment business, Mr. Doss was responsible for distribution in the southeast. He built and operated offices in Tampa for both Van Kampen and Principal. As City Executive at U.S. Trust, he worked with clients for solutions to complex transactions using both investment and credit solutions. He served as CFO and Director for Sansur Renewable Energy from 2010 to 2012. Mr. Doss is a member of the America Institute of CPA’s. He is a graduate of Illinois Wesleyan University. 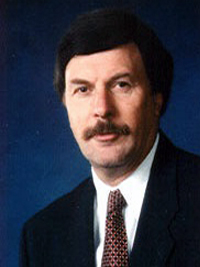 Donald G. Fell is a member of the Corporate Board of Directors of Fiona. Mr. Fell is an economist with a career interest in environmental economics and economic education. He has taught at The Ohio State University, the University of South Florida and Illinois State University.Currently, he serves as Institute Director and Professor for the Davis, CA-based Foundation for Teaching Economics. He also serves as a corporate director for TRxADE, Inc., a Tampa, FL (US) based pharmaceutical company.He formerly headed the Executive and Professional Education Center at the University of South Florida, where he was a member of the Executive MBA and MBA faculty for fifteen years. He is past president of the National Association of Economic Educators.Fell has lectured in more than 40 states, the Caribbean, Eastern Europe, Canada and China and has worked as a consultant for Sundstrand Corporation, the University of Costa Rica, PERC – the Bozeman-based think tank, the New York City based Securities Industry Association and Dow Jones & Company as well as legal, medical and financial advising firms.He has appeared on various local and national television outlets discussing a variety of economic issues.Fell earned his undergraduate and graduate degrees in economics from Indiana State University and is ABD in economics from Illinois State University. 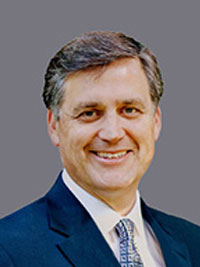 Mr. Peterson currently serves as the President and CEO of Pedevco Corp (NYSE: PED), a public company engaged primarily in the acquisition, exploration, development and production of oil and natural gas shale plays in the US. Mr. Peterson assumed the role of CEO in May 2016 after having served as CFO between July 2012 and May 2016, and as Executive Vice President from July 2012 to October 2014, and President since October 2014. Mr. Peterson joined Pacific Energy Development as its Executive Vice President in September 2011, and served as a director from May 2008 to December 2011. Mr. Peterson previously served as a director (from May 2006 to July 2012) of Aemetis, Inc. (formerly AE Biofuels Inc.), a Cupertino, California-based global advanced biofuels and renewable commodity chemicals company (AMTX), and as Chairman and Chief Executive Officer of Nevo Energy, Inc. (NEVE) (formerly Solargen Energy, Inc.), a Cupertino, California-based developer of utility-scale solar farms which he helped form in December 2008 (from December 2008 to July 2012). In addition, in February 2006, Mr. Peterson founded and served as managing partner of California-based Pascal Management, a manager of hedge and private equity investments. From 2005 to 2006, Mr. Peterson served as a managing partner of American Institutional Partners, a venture investment fund based in Salt Lake City. From 2000 to 2004, he served as a First Vice President at Merrill Lynch, where he helped establish a new private client services division to work exclusively with high net worth investors. From September 1989 to January 2000, Mr. Peterson was employed by Goldman Sachs & Co. in a variety of positions and roles, including as a Vice President with the responsibility for a team of professionals that advised and managed over $7 billion in assets. Mr. Peterson received his MBA at the Marriott School of Management and a BS in statistics/computer science from Brigham Young University. 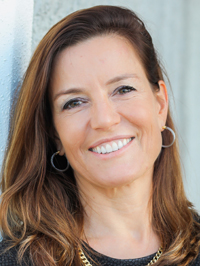 Dr. Tenaerts is the Executive Director at the Clinical Trials Transformation Initiative (CTTI) where she works closely with the Executive Committee to develop and implement strategies to accomplish CTTI’s mission. She provides senior level oversight of the day-to-day operations of CTTI and orchestrates efforts to effectively engage all interested stakeholders to improve the conduct of clinical trials. She is on the Board of Directors for the Society of Clinical Trials, a member of DIA’s Advisory Council North America and DiMe Society’s Scientific Advisory Board. She is an independent director on the board of TRxADE, Inc. Dr. Tenaerts practiced medicine in both the emergency department and private practice setting before embarking on a career in research. Prior to CTTI, she oversaw European operations for CoAxia, a medical device company focused on cerebral ischemia. Dr. Tenaerts received her MD from Catholic University of Leuven, Belgium, and a MBA from the University of South Florida. She speaks five languages and has obtained Six Sigma Green Belt certification.