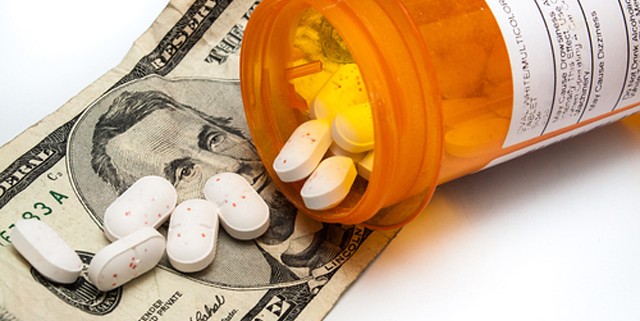 Earl Harford, a retired professor who lives in Tucson, recently bought a month’s worth of the pills he needs to keep his leukemia at bay. The cost: $7,676, three times more than when he began taking the pills in 2001. Over the years he’s paid more than $140,000 of his retirement savings to cover his share of the drug’s price. “People with this condition are being taken advantage of by the pharmaceutical industry,” says Harford. “They haven’t improved the drug; they haven’t done anything but keep manufacturing it. How do they justify it?”

As evidenced by Pfizer’s (PFE) proposed $100 billion-plus takeover of AstraZeneca (AZN), Big Pharma is in the throes of the greatest period of consolidation in a decade. One reality remains unchanged, however: Drug prices keep defying the law of gravity. Since October 2007 the cost of brand-name medicines has soared, with prices doubling for dozens of established drugs that target everything from multiple sclerosis to cancer, blood pressure, and even erectile dysfunction, according to an analysis conducted for Bloomberg. While the consumer price index rose just 12 percent during the period, one diabetes drug quadrupled in price and another rose 160 percent, according to an analysis by DRX, a provider of comparison and management software for health plans.

EMRs and ePrescribing: More Than “Ready” for Pharma
Scroll to top